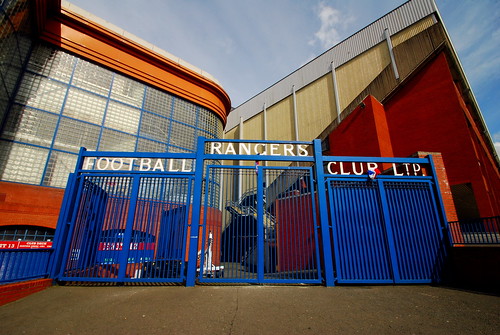 Maybe they should add a ‘The’ on the top for factual accuracy but that would be an acknowledgement that they are a new club, not that Richard Gough or Walter Smith would ever admit that…..oh that’s right, they already have 🙂

Podcast Episode 3 – David Low
Can I just say how enjoyable today has been!

These people who profess to be so loyal to their club are so concerned that they’ve been hiding their head in the sand for months/years. NOTHING in todays’ review has been news to any of us (other than the loss/dumping of credit card facilities) and yet they are acting as if suddenly a light has been shone on the evil empire.

The latest PR spin is the use of the word ‘squandered’! This is another squirrel to deflect them from the fact that once you take out the £16m of ‘exceptional costs’ ie Spivs lining their chateuax, they are still looking at an operating loss of £1m+ per month with zero credit facilities.

This problem won’t disappear once honest men like Dave King and the Easedales take over (I know, humour them for now).

As Phil and many others have said for a very long time their whole set up is financially unsustainable and until they get Champions League football in 3 years ( I know, it’s beyond parody) then they are stuffed. And until one of them stands up and says ‘you know what, we have cheated and bullied our way for years to illegally gained titles which the authorities haven’t had the balls to rightfully strip from us’ then I for one will enjoy every second of their pain

LNS – A Summary
Like many on here, I was sitting here thinking (no i’m not Charlie Nicholas) about the continual claims of ‘certainty’ from the blue side amongst others that ‘title stripping won’t happen’, that there is no appetite for it and good old Sandy Bryson’s claim that the registrations were valid at the time and there is no mechanism for retrospective action. Add this to the current situation where DK is looking to be pals again with chairmen, reconstruction is suddenly on the agenda due to a strong Hibs challenge and clearly there’s something afoot.

Could it be a simple as this….Rangers did register their players correctly, in other words when contracts were being approved someone at the top, yes you CO, was shown the side-letters and thereby was in a position to approve the registration because he had seen the complete remuneration package?

If this was the case you can imagine that HMRC would be rather annoyed, to put it mildly, with the SFA for being complicit in a tax evasion scheme and of course the SFA would be petrified that this news could come out hence the determination from nearly all sides to ‘move on’?

This would explain an awful lot….literally!

SFM – The Next Steps
sixtaeseven says:
Member: (15 comments)
May 21, 2015 at 6:37 pm
Rangers taps?
According to Paul Murray they used to sell 500 000 taps a year!
————————————————————–
What’s the problem?
500 Million fans worldwide (c)Charles Green
I make that one in every thousand fans buys a top
Remember…They are the People, well one in every 14 people on the Planet by Charlies reckoning is one of the people!!
Seems reasonable to me!
Well about as reasonable as thinking a liquidated club is still alive..

SFM – The Next Steps
Re Danish Pastry
“Why ‘Scottish’ football supporters sing about ‘Old Derry’s Walls’ when their team scores a goal is still an enigma wrapped in a sash, to me at least. ‘Mancunian Candidates’? Are there any psychiatrists on the blog who can explain this phenomenon?”

Apart from all the sociological reasons I think it’s simply that they have very few pro-Rangers songs because they are defined by their hatred of XY&Z.

I know this isn’t a Celtic blog but I reckon that the top songs likely to get belted out at Celtic Park and joined in by the majority of the stadium are; You’ll Never Walk Alone, The Celtic Song, I just Can’t Get Enough, Willy Maley, Glasgow’s Green & White, Fields of Athenry…… and I know most clubs have a repertoire of acceptable club songs without resorting the less savoury ones. Perhaps we just need to give the new club a chance to develop a decent song book….no I don’t believe that’ll happen either…..once a b*goted supremacist with a false sense of entitlement always a …..

Did Stewart Regan Ken Then Wit We Ken Noo?
Thank you Auldheid for reminding us all what this ‘obsession’ with Rangers/Sevco and the SFA is all about and it is summed up in one word; cheating!

I watched Soccer AM yesterday and there was a Celtic supporting actor on who, whilst being a genuine fan, is clearly clueless as to what has been going on. When asked if he wanted ‘Rangers’ in the top flight he said it was a travesty that they weren’t there and he missed the ‘Old Firm’ games.

Being in Englandshire I’m constantly asked the same question and my answer is always the same, I don’t want them anywhere near us unless they’ve been punished for their cheating.

The SMSM are determined to mix up the two issues of financial mismanagement SINCE Murray (although CW, GC and MA have probably managed it exactly the way they wanted) with the deliberate deceptions which took place DURING his era. The more the focus is on the post Murray shenanigans the less they hope the spotlight will be shone on Bryson, Ogilvie, LNS et al.

The beauty of what you have done during this campaign is to factually show without any shadow of a doubt that the rules have been ignored.

I would like to think that at some point Regan might realise that his chances of promotion to a ‘bigger pond’ would be enhanced by being seen to have cleared up this mess rather than sweep it under the carpet.

Likewise I would hope that some proper journalists would take this up if Conflicted Campbell is ever punted for a UEFA where he could ensure this can all be forgotten about!

Spot the difference?
Couple of observations on the current sectarianism/racism issues from Englandshire.

Firstly regarding the ‘it’s the schools fault’ brigade, England has faith schools of all religions and doesn’t have the sort of sectarian issues which are far too prevalent in Scotland.

Secondly regarding the Chelsea racist fans, they have been condemned by the club, by their own fans and by the media without exception……….no-one and I mean no-one, to my knowledge, has retorted with ‘yeah but not all Chelsea fans are racist’ or with ‘ok but what about west ham/spurs etc’. They seem to able to criticise and express disgust for the incident on it’s own merits (lack of!)

Compare that to how our utterly pathetic SMSM – yes we know you lurk here – are incapable of treating and condemning Rangers bigots in isolation.