I must admit I am surprised that nothing has been done about the TRFC party guys. It is especially puzzling that other clubs who have had games cancelled and players suspended as a consequence of breaches haven’t pointed out the apparent lack of consistency.

In August of last year, following a non-socially-distanced night out after an Aberdeen v Rangers game, eight Aberdeen players were banned for three games by an SFA-convened independent panel.

Celtic defender Boli Bolingoli, who had made a midweek three-day trip to Spain for some R&R faced the same charges

The panel held hearings before ruling that the players had broken the rules and delivered a three match suspension to each of the eight Aberdeen players, suspended in lieu of similar breaches until February 28, 2021.

In Bolingoli’s case, a five game ban was delivered with only two of those suspended until February.

Bolingoli was of course disciplined by Celtic before being sent out on loan, his Celtic career seemingly finished as a consequence, whilst the Aberdeen players were also disciplined by their club.

Both Aberdeen and Celtic were also subjected to damaging match cancellations as a consequence of both incidents.

On February 14, Police were called to an unlawful house party and handed out fixed penalty notices for breach of Covid regulations to Rangers players Bongani Zungu, Nathan Patterson, Calvin Bassey, Dapo Mebude, and Brian Kinnear. Rangers say they have disciplined the players, but the SFA have yet to say anything, fourteen days after the incident.

No match bans, no game cancellations.

The lack of comment in the media is not surprising since everyone in the MSM lives in terror of TRFC reprisal and behaves accordingly.

In fact, a quick Google search on the matter yields nothing after 17th February, suggesting that an Ibrox D-Notice has been issued and obediently complied with by the MSM. Of course one must always guard against cognitive bias in these matters. None of us are completely free of it, and are afflicted to some extent, but by any subjective measure that I can see, the MSM opprobrium directed (quite correctly) at Bolingoli and the Dons’ players, and the storm of publicity surrounding those earlier incidents is absent in the case of the TRFC five.

Even the Scottish Government’s response appears to have treated the TRFC breach with the equivalent of a raised eyebrow, in comparison to the angrily pointed finger at Aberdeen and Celtic (and subsequently with Celtic after the Dubai farce).

Consider today the yellow card. The next time it will be the red card because you will leave us with absolutely no choice

Nicola Sturgeon (after the Aberdeen/Boligoli incidents)

I say this as someone who has never agreed with those who alleged that Alex Salmond tried to help The Old Club with the tax bodies, believing the government’s actions at the time to have been nothing more than what would be expected of them – to express a wish that a resolution could be found – but not putting pressure on HMRC as was alleged.

However, as any schoolteacher will tell you, if you threaten discipline against a recalcitrant pupil, you bloody well MUST carry the threat out – or face the immediate and irretrievable loss of credibility. I’m sure Nicola Sturgeon is as well aware as anyone that a second yellow card is in fact a red.

So yes, the MSM silence is not surprising, and government indecision is not altogether a new thing, but the lack of reaction from other clubs – even the fans of other clubs – is very puzzling.

That is maybe the only thing that makes me doubt (slightly) that there is some serious and deliberate “inconsistency” afoot.

It is this type of beahaviour by the authorities and the media that led us to the brink of Armageddon in 2012.

If it can’t be changed, then those of us who have been constantly warning that a repeat is inevitable, will be saying “told you so” in the not too distant future.

If a level playing field is too much to ask for, then the implications for the sport, and society are many and serious. 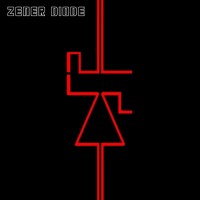 Big Pink is John Cole; a former schoolteacher based in the West of Scotland, He is also a print and broadcast journalist who is engaged in the running of SFM . Former gigs include Newstalk 106, the Celtic View, and Channel67. A Celtic fan, he is also the voice of our podcast initiative.

Darkbeforedawn 12th March 2021 At 16:02
I think that’s what most people want , that UEFA look at the 5WA and declare it kosher . Who knows what it may contain – franchising , guarantees against relegation , agreements to bypass UEFA rules to expedite said agreement ? Being commercially sensitive , it’s not going to be made public in its entirety, but if the honest brokers at Nyon say that they’ve scrutinised it and it’s compliant , then I’d imagine that’s that .

DBD, for me Phil’s blog is a little sidetracked by the Res12 issue (that’s what takes up most of the questions) and I agree with your view on that, I think, though I’m sure Phil has a different view. The big issue I see with the 5-way that Phil points out is that it appears to force the authorities to deal with Rangers/TRFC in a different way from all other member clubs when it comes to their role as regulators.

In the interests of transparency, which UEFA must surely support, and fairness to all its member clubs, UEFA must review the content of the agreement imo and that is what I have just sent to the Integrity Unit per PM’s link……..in longer, more boring form than that, as usual, of course!!

One other thing, that supposed clause talks about it applying in matters pertaining to the agreement and no one really knows just what that might cover, so I definitely believe it needs reviewed by some independent, hopefully supervisory body to see just how acceptable it is.

++++++++++++++++++
No. Rangers Football Club plc was the shareholder in the SPL.
It had to return its share when it went into liquidation.
No longer being a member of a recognised league, it therefore ceased to be eligible for membership of the SFA.
SevcoScotland/TRFC in order to become a recognise professional football club had first to become a member of a league.
It was eventually accepted into the then SFL.
Only then did it become eligible for membership of the SFA.
There was no simple transfer either of existing league membership (CG did not become the owner of RFC plc , because that no longer existed as a football club in membership of a league , or of eligibility for membership of the SFA]
The 5-Way agreement was a liars’ charter to get round the truth by creating nonsensical fictions .
It was a way of allowing a club with huge ‘social taxes’ debts to shed those debts to its great financial advantage without the consequences that follow ‘liquidation’.
It was a monstrously deceitful piece of work, far removed from any notion of Financial probity, let alone Financial Fair Play.